Influenced greatly by his father and grandfather, Edgar Loudermilk cut his teeth on bluegrass by learning to play bass to the legendary record, "Bluegrass Album Band Volume 1."  Surrounded by music at an early age, Loudermilk was only nine when he began playing bass in his family's band. Loudermilk was also exposed to the great music of some of his famous relatives, The Louvin Brothers.  He continued to play in his family's band until he was 20 years old 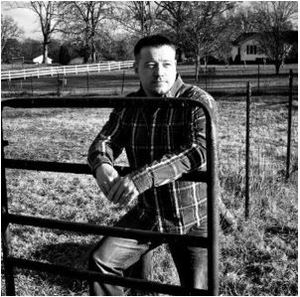 when he joined the group Carolina Crossfire.  Carolina Crossfire had quite a following in the Georgia area and it wasn't long before Loudermilk decided to expand his options and try his hand at playing professionally, a decision that has made him a staple for elite artists in bluegrass music.

In 2001, Loudermilk auditioned for and was hired by Rhonda Vincent. About a year later, he was encouraged to audition for one of the greatest voices in country music who he had heard was making a move to bluegrass--Marty Raybon.  In December of that year, Loudermilk became the bass player and tenor singer in the newly formed group Full Circle and would back up Marty Raybon for almost five years.

"I really enjoyed playing with Rhonda and Marty," stated Loudermilk.  "My first professional job was with Rhonda and I learned so much from her.  Working with Marty was really a great experience because we not only played bluegrass, but we got to play some of the old Shenandoah music, too."

In 2006, Loudermilk heard that Ray Deaton was leaving IIIrd Tyme Out and that opened up a whole new prospect for the bass-playing singer.  "I'd been singing tenor for Rhonda and Marty and knowing that Ray was a great singer, I practiced really hard for that audition with Russell."  Loudermilk became the newest member of IIIrd Tyme Out, replacing Deaton in July, 2007.  "I really love the music of this band," stated Loudermilk.  "Singing with Russell Moore is the compliment of my life because I don't believe there's a better singer anywhere."

In addition to touring and performing, Edgar Loudermilk has had great success as a songwriter, with numerous self-penned songs, many of which have been recorded by others.  To quote Edgar, "I see songwriting as much of a calling as singing.  Songwriting is a big part of it for me.  Playing and singing is great fun and a good time, and we love the audiences, but the at of crafting words and music into a song is very rewarding."  In 2017 Edgar's self-penned song, "Can't Live Live," was recorded by Rhonda Vincent & Daryle Singletary as part of their American Grandstand album--that album debuted at #1 on the Billboard Bluegrass Chart, and in July of 2017, it was on Billboard's Top 10 of Top Currently Country Albums, as well as No.1 on Billboard’s Heatseekers Album Chart for the week of July 29, 2017.  The album went on to be #1 on Splice Today's Top 10 Country Albums of 2017.

Edgar Loudermilk's solo album, Roads Travelled, not only showcases his vocal talents and his solid bass playing, but also his songwriting skills, having written or co-written all 12 tracks on the project.  In addition, Loudermilk calls on the talents of his musician friends and bandmates, former and current, as well.  Accompanied by Tim Crouch (fiddle), Randy Kohrs; (dobro), Scott Haas (banjo) and former Full Circle bandmates Ashby Frank  (mandolin), and Shane Blackwell (guitar)--the musicianship on the CD is second to none.  Guest vocalists include Marty Raybon, (duet on "Roads Travelled"), Cia Cherryholmes (duet on "It Just Might"), Rhonda Vincent (duet on "Can't Live Life"), Russell Moore, Randy Kohrs, and another former Full Circle band-mate, Glenn Harrell.

Loudermilk also wrote all 15 songs on on his October, 2013, Mountain Fever Records’ release, My Big Chance Tomorrow. The album appeared on numerous radio charts and also appeared on the Roots Music Report’s Top 100 Bluegrass Albums of 2014 chart. His strong, confident bass playing and vocal prowess are the foundation for this solid record.

In November 2013, Edgar joined Dave Adkins to form the new duo, Adkins & Loudermilk.  Mountain Fever Records released their debut album on March 17, 2015, and since that time, the album has hit numerous album and singles charts including the single "Georgia Mountain Man" which Loudermilk wrote about his grandfather.

On the trail on the highly successful Adkins & Loudermilk album, Loudermilk has struck out on his own with a solo project that he is very excited about. His new band, Edgar Loudermilk Band, featuring Jeff Autry, debuted and although the band name may be new, all of the members have played together for quite some time and have quite a chemistry and stage dynamic. Jeff Autry (featured guitar player), Zack Autry (mandolin), Curtis Bumgarner (banjo), and Dylan Armour (resonator guitar) complete Edgar's current band.  In 2016 Edgar Loudermilk Band, featuring Jeff Autry's  "Georgia Maple" album was released, which included banjo player, Chris Wade on the recording.

In 2018, the Edgar Loudermilk Band, featuring Jeff Autry's released “It’s a Way of Life That Stands the Test of Time,” which debuted in the Top 20 of the Bluegrass Today Airplay charts. Penned by Loudermilk and Wayne Benson, the 2018 release received fantastic audience response during the band’s live performances on their coast-to-coast tours.

In 2019, the Edgar Loudermilk Band, featuring Jeff Autry released the album, "Lonesome Riverboat Blues" on the Rural Rhythm Records label. The title track,“Lonesome Riverboat Blues,” reached #1 status on the Sirius XM Bluegrass Junction “Most Played” status for July, 2019.  In addition, the song spent 12 weeks in the Top 20 of the Bluegrass Today Airplay Charts.  In late 2019, Jeff Autry took a hiatus from the band due to health reasons, with Georgia native Clint Coker filling the guitar responsibilities.

In early 2021, the Edgar Loudermilk Band received chart action from two self-penned songs on their "The Dark Side of Lonesome" CD, with the release of the title track and their second release, "I'll Put the Blame On You."  The album boasts the musicianship and vocals of not only Loudermilk, but also Zack Autry (mandolin/vocals), Curtis "Bum" Bumgarner (banjo), Clint Coker (guitar), Dylan Armour (resonator guitar).  In addition, guest fiddler, Grammy-award winning Michael Cleveland lends his talent to the mix.

The Edgar Loudermilk Band tours coast-to-coast and throughout Canada.  In addition, the band is proud to be on the Rural Rhythm Records label.